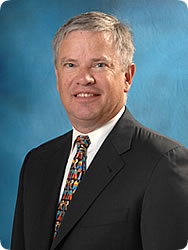 He has been active with the American Cancer Society and is a past President of the Board of Directors in Wayne County.

He established the clinical trial program at St. John Hospital and Medical Center for cancer treatments as a member of the Michigan Cancer Research Consortium.  He served as the Principal Investigator for many years and remains committed to offering his patients state of the art cancer therapies.

Dr. Leonard is dedicated to ensuring the best quality of life for his patients.  He is board certified in Palliative & Hospice Medicine and has served as the Medical Director of St. John Hospice since its formation.  He was involved in the collaborative program between St. John Hospital and Duke University in studying and promoting Palliative Care with patients and their families, medical personnel and in the community.

Dr. Leonard believes in offering the most current state of the art cancer care along with optimal symptom management compassionately in partnership with patients and their families.